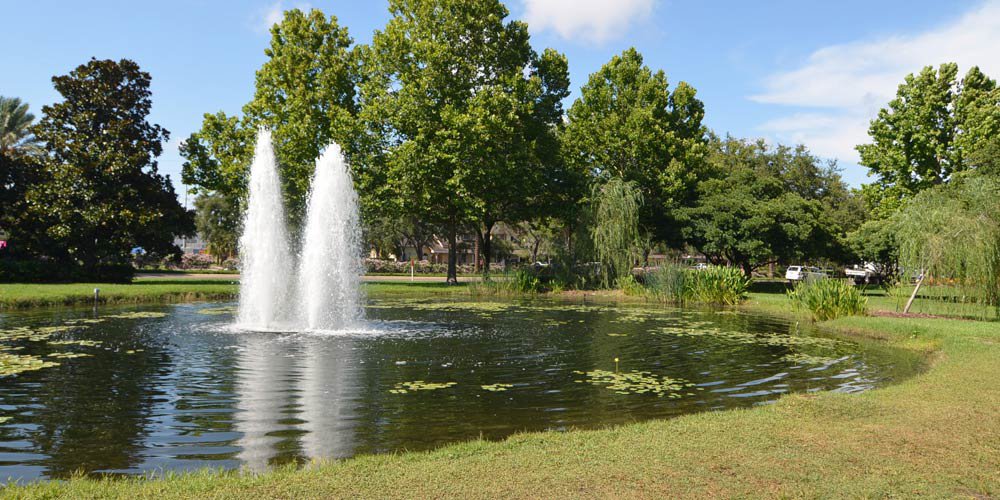 A city in the heart of it all

Looking for a new home in a family community? You should definitely look into Largo homes for sale. Largo is the third largest city in Pinellas County, and as of the 2014 Census estimate, the city had a population of 82,000. Founded in 1905, Largo began as a rural farming community and the center of the area’s citrus industry, but has since grown into a bustling city with the average price of Largo homes for sale approximately $179,500. Perhaps the best aspect of living here is convenience. Being located in the center of Pinellas County, you are just minutes away from our beautiful Gulf beaches and a short drive to Clearwater, Safety Harbor, and Palm Harbor to the north, and to Seminole and St. Petersburg to the south. The St. Pete/Clearwater Airport is just outside the city limits, and a quick hop across the Courtney Campbell Causeway or the Howard Franklin Bridge puts you at Tampa International Airport. Nothing is “too far away” when you live in Largo!

Largo has hundreds of acres devoted to parks and nature, most notably Largo Central Park, which is also home to the Central Park Performing Arts Center, right across the street from the Largo Public Library. This park is also home to the Largo Military Court of Honor, which pays tribute to the men and women that have served in all branches of the US military. Of course the storied Pinellas Trail which starts in downtown St. Petersburg winds through Largo and leads north into Tarpon Springs, and is a favorite with cyclists, joggers, and just folks out for a stroll. The Highlands Recreational Center is a sprawling complex with a massive swimming and play area, featuring the tallest waterslide in the county, a three-story indoor playground, a fitness center and game room, indoor and outdoor basketball courts, and quiet wooded trails to walk or jog. Other large parks include Eagle Lake Park, John S. Taylor Park, John R. Bonner Nature Park, and local favorite Bayhead Action Park, with its skateboard bowls and the Dog Bone Run dog park. Beyond all that, there are numerous smaller parks that have their own unique charm dotting the city, which add to the appeal of considering Largo homes for sale.

Read all about it

The Largo Public Library has the distinction of being named the Best Library In Florida in 2018, according to the Florida Library Association. It was chosen because of its focus on community building, outreach, and partnership with the local community. The origins of the library reach back to almost the founding of Largo as a town, before there were any Largo homes for sale. In 1914, with only 350 residents, a Library Committee was formed by the Largo Woman’s Club, and many of the names of the ladies on the committee are familiar to Largo residents today; Mrs. D.F. Judkins, Mrs. W.F. Belcher, Mrs. Ann McMullen, Mrs. J.T. Jackson, and Mrs. W.M. Ulmer. They dubbed a large camphor tree a “Christmas Giving Tree”, and local residents piled books, magazines, supplies, and lumber under the tree to make it happen. Two years later, the library officially opened, as a room within the wood frame Town Hall building with 560 books. New buildings and facilities were built in the 60’s and 70’s, then in 2005, the massive, 90,000 square foot facility we know today opened in Largo Central Park. The library was visited more than half a million times in 2017, with 848,000 items checked out!

Want to know more about Largo homes for sale?

If you are looking at Largo homes for sale, call us today and let us help! Largo is a fantastic place to live. If you think it could be the perfect place to find your new home, let’s get together and answer any questions you may have about Largoh homes for sale. We’ve been helping people find their dream home for more than a decade.

Looking for a condo close to the beach for vacations and to rent? Look no further. This Airbnb friendly community is only minutes from Indian Rocks Beach and Clearwater ...

A QUAINT COASTAL COOP ON THE "NARROWS," THE "INTRACOASTAL" WATERS OF THE GULF OF MEXICO. THE ORIGINS OF GULF COAST AND "IRB," FL. HEAVILY WOODED COMMUNITY WITH BEAUTIFU...

Welcome to your new home in this beautiful, walkable neighborhood! Imagine yourself in this 3 BR, 2 BA corner lot home in highly sought after Pinebrook Estates. Built in ...

Paradise Island welcomes you to become part of their family and join this active, friendly community that is chock full of amenities and activities to keep you busy and e...

Auction Property. This quaint 2BR 1BA villa with screened porch and inside laundry is located in the highly desirable, well maintained community of Rosetree Village! En...

Fabulous condo available in the active 55+ Community of Lakeview of Largo. Come tour this 1 bed / 1 bath corner unit, that has been updated with new LVP luxury vinyl pla...

You do not want to miss this updated pool home minutes away from our beautiful Gulf Beaches on almost a quarter acre. This 3 bedroom 2 bath block home features fresh pain...

ONLY HOME FOR SALE AND IT IS IN THE PET SECTION. Available for immediate occupancy. Fully furnished with newer windows throughout, A Beautiful screen front porch with ind...

WELCOME HOME! This fabulous Mid-Century charmer is nestled in the delightful community of Orange Lake Village where Neighborly Greetings are a way of life! Prime location...